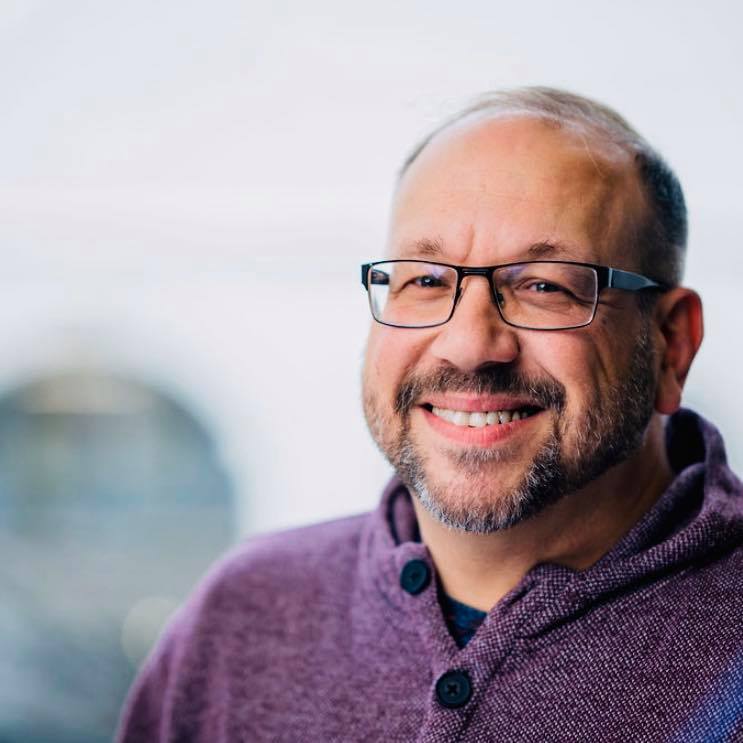 Born and raised in Chicago, Dr. Steven Migalski attended Holy Cross High School in the 1980s before graduating from Loyola University with a Bachelor of Science degree in 1990. The grandson of immigrants from Italy and Poland, he feels a strong connection to the rich cultural diversity of the city, and he has been a resident of Andersonville and Edgewater for 25 years. Dr. Migalski studied clinical psychology at Auburn University, AL and earned his Doctor of Psychology (Psy.D.) at the Illinois School of Professional Psychology after completing his residency at Northwestern University’s Division of Counseling and Psychological Services in Evanston, IL. He served as Director of Psychology for several years at The Josselyn Center, and is now in his 17th year on the faculty in the Department of Psychology at Adler University where he teaches psychological assessment, psychotherapy, research methods, and child/adolescent psychology.

Dr. Migalski is a member of both the American Psychological Association and the IL Psychological Association; and his research interests include community based screening for depression and other mood disorders, relational trauma and bullying in the LGBT community, psychoanalytic conceptualizations of depression, HIV prevention, gender fluidity in children, and ADHD. He works from a contemporary psychoanalytic framework and believes that the therapeutic alliance is the preeminent mechanism through which growth and healthy change occur in all of the psychotherapies.

He has been a frequent mental health contributor to “The Afternoon Shift” on WBEZ, Chicago’s NPR affiliate, and has presented on the DSM-5 at NYU/Post-Graduate Medical School, Columbia Presbyterian Medical Center in NYC, and the University of Tennessee Health Science Center in Memphis. Recently, he was keynote speaker at the National Conference of the Collaborative Family Healthcare Association in Charlotte, NC. In his free time, he enjoys biking the lakefront path, travel, cooking, and exploring Chicago’s neighborhoods. 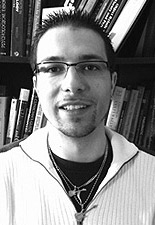 Dr. Bozza is a graduate of the doctoral program in clinical psychology at Adler University — and a post-doctoral fellow at Andersonville Behavioral Health where he has been a staff therapist for several years.  Gregory earned his B.A. in psychology from Saint Leo University, and then earned an M.A. in counseling psychology from the Adler University. Gregory has engaged in many philanthropic endeavors during both his professional and personal lives, and has worked in a variety of clinical settings with diverse populations including children/adolescents, in a therapeutic day-school, in forensic and acute inpatient settings, in primary care settings and with patients experiencing developmental delays. Gregory subscribes to an integrative approach to treatment with an emphasis on contemporary psychodynamics and object relations. His clinical interests include psychological assessment, personality disorders, mood disturbances, and trauma. In his free time, Gregory is a musician and enjoys both listening to and creating music. 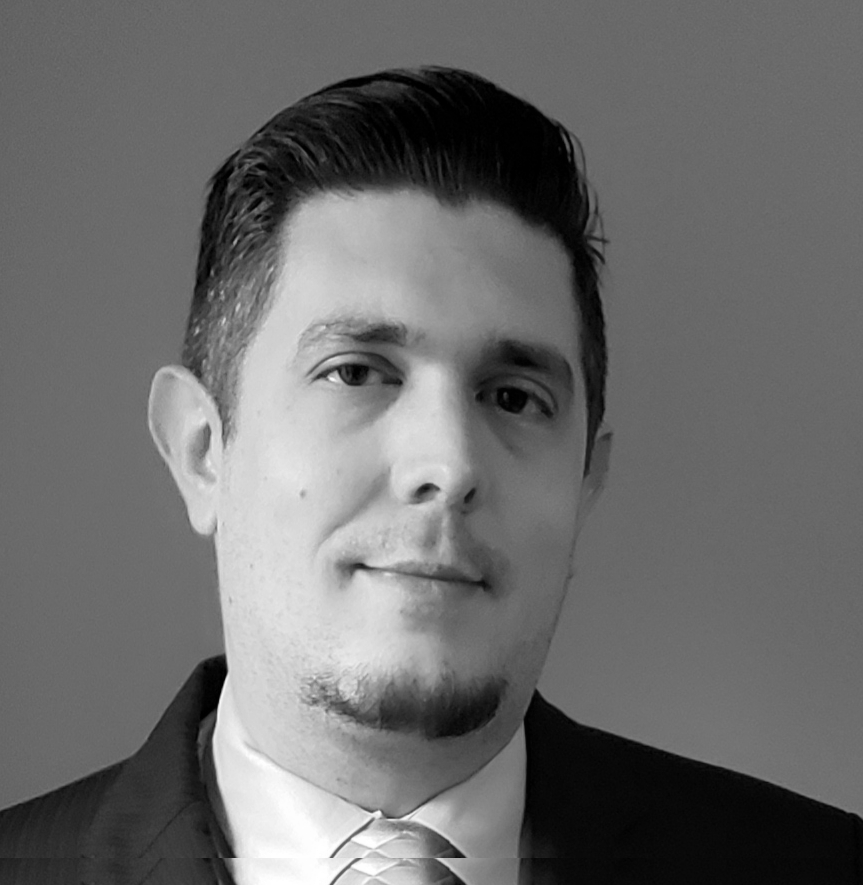 Dr. Lalley is a licensed clinical psychologist and graduate of the doctoral program in clinical psychology at Adler University. He earned his Bachelor’s of Science in psychology from Loyola University Chicago, where he aided in several research endeavors including systems of morality as they are related to religious affiliations and the efficacy of the mental health court systems in Illinois. Alexander’s previous clinical work includes providing services to children, adolescents, and adults in a variety of contexts including forensic settings, alternative educational placements, and community mental health. He has also conducted comprehensive psychological assessments in both forensic and private practice settings. Alexander takes a psychodynamic approach to psychotherapy and psychological assessment, with an emphasis on self-psychology and object relations theories. His clinical interests include the differential diagnosis of ADHD, personality, depressive, and bipolar spectrum disorders, behavioral problems in children and adolescents, trauma, and disorders related to attachment. In his free time, Alexander enjoys reading novels, attending live music and sporting events, and spending time with his family and friends. 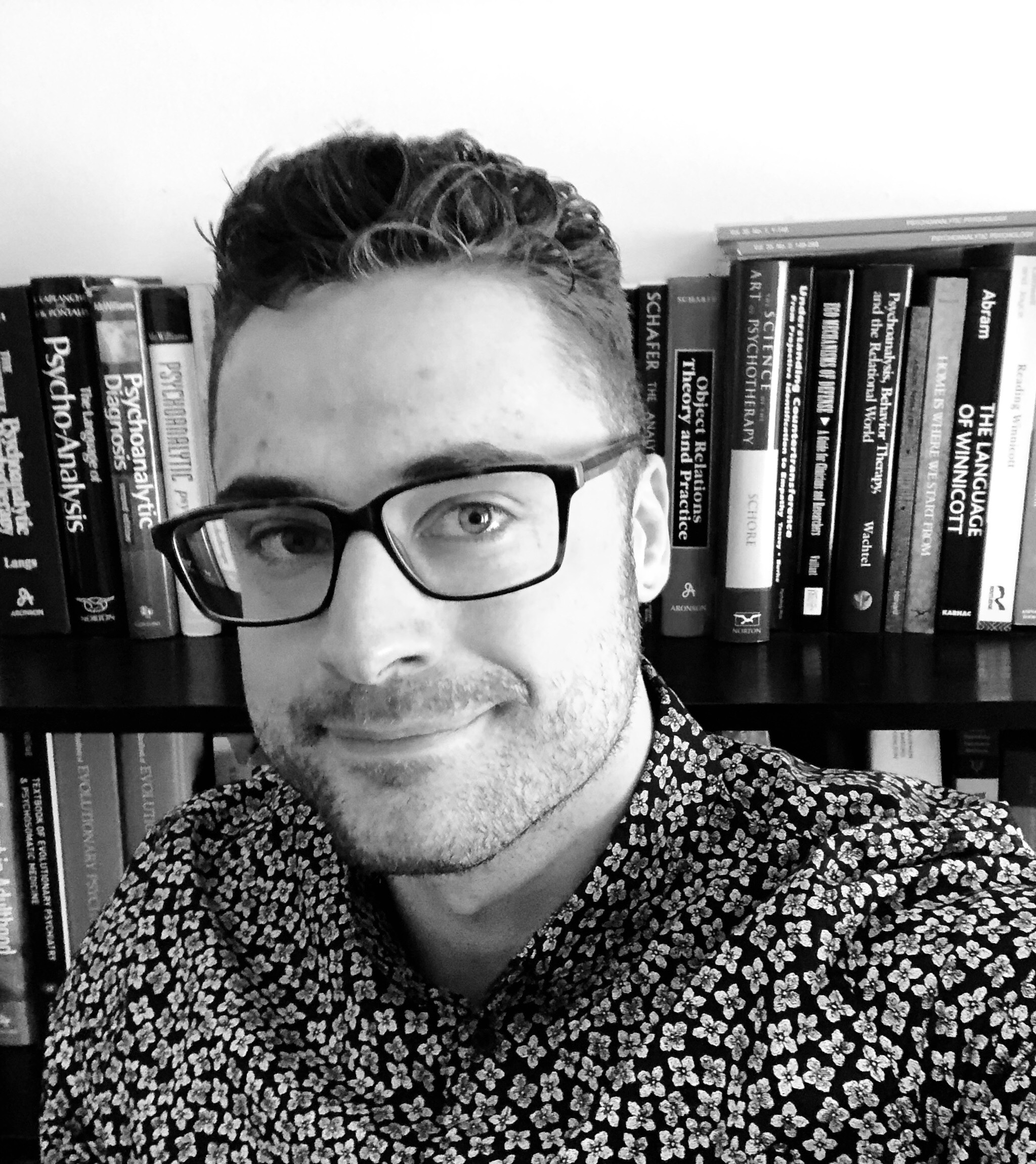 Nicholas is in his third year of doctoral studies in clinical psychology at Adler University. Nicholas earned his B.A. in psychology from Northeastern Illinois University in 2012 and his M.A. in Clinical Psychology from Adler University. Nicholas grew up in the Andersonville and Lincoln Square neighborhoods of Chicago, and he attended Amundsen High School in the 40th ward. Due to these roots, Nicholas is especially excited to be giving back to the neighborhoods which raised him, by serving them and others in a humanistic and professional capacity. Prior to coming to Andersonville Behavioral Health, Nicholas completed his diagnostic externship on Chicago’s North Shore conducting neuropsychological and socio-emotional testing, primarily for children and adolescents. Nicholas subscribes to a specific integrative approach to treatment which combines affective neuroscience and object relations within a framework grounded in evolutionary theory. His clinical interests include psychological assessment, personality disorders, mentalization based treatment, and disorders of attachment. In his free time, Nicholas is an avid reader of classical psychoanalytic works, works on philosophy of mind and ethics, and he is a member of the Music Box Theater, where he satisfies his passion for film. 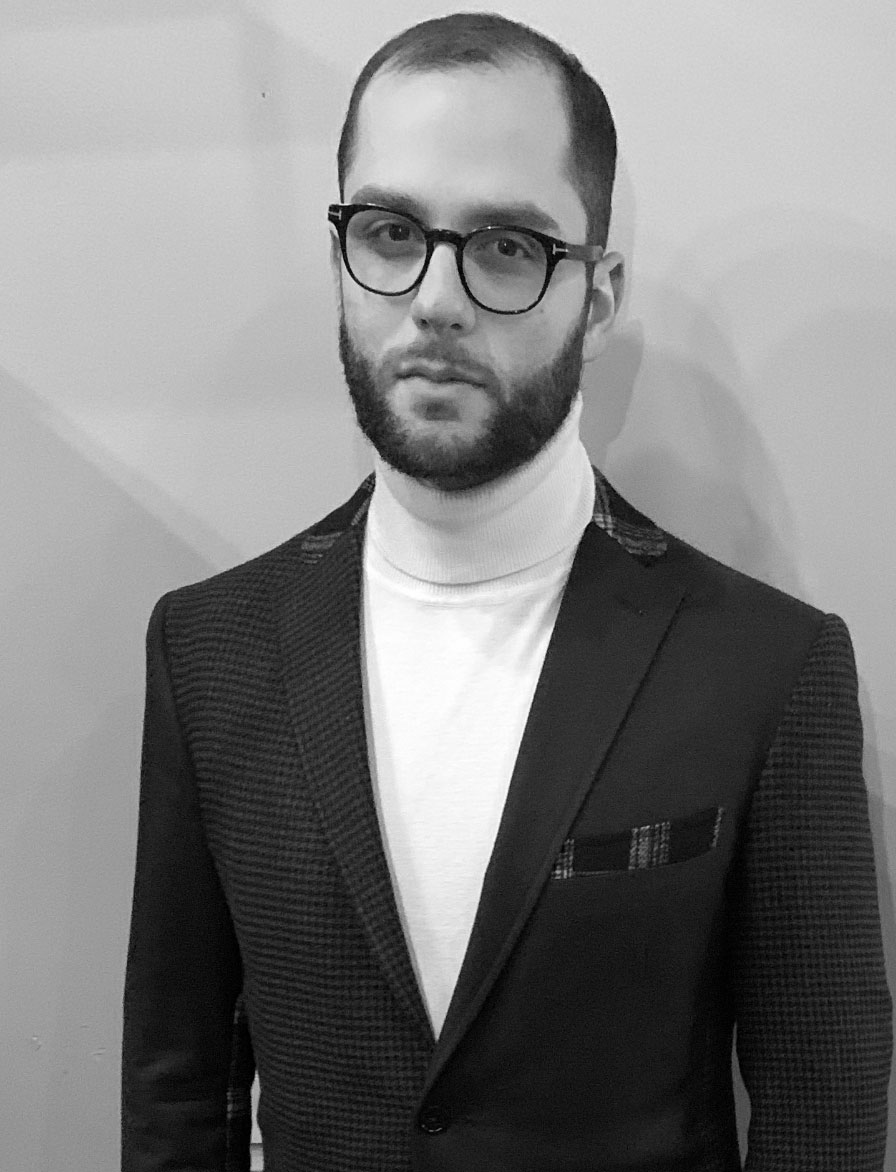 John is a third-year doctoral student in clinical psychology at Adler University. He received his Bachelor of Arts in Psychology from the University of Detroit Mercy. He holds a master’s degree in Clinical Psychology from Adler University. In psychotherapy and assessment John works with a broad range of diagnoses and ages. This will be John’s second year training at ABH. Previously, John conducted comprehensive psychological assessments as well as individual and couple’s psychotherapy for children, adolescents, and adults experiencing mood disorders, personality disorders, and ADHD differential assessments. John practices from an integrative psychodynamic approach that is additionally influenced by aspects of third wave CBT. His areas of clinical interest include LGBTQ issues in relation to minority stress, and attachment theory. Outside of his clinical work, John enjoys working out, cooking and baking his way through various cookbooks, and reading. 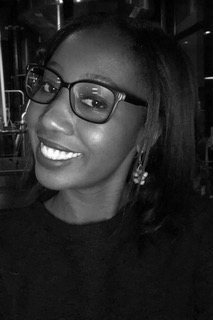 Jacqueline is a third-year doctoral student in clinical psychology at Alder University. She received her Bachelor of Arts in Psychology from American University in the District of Columbia. She holds a master’s degree in Clinical Psychology from Adler University. During her time with assessment and therapy, she has worked with a range of ethnicities, ages, and diagnosis. Previously, Jacqueline worked in a community mental health center providing psychological assessments and therapy to children, adolescents, and adults that align with mood disorders and trauma. Jacqueline’s clinical interests and research include mood disorders, sexual trauma, stigma, racial related issues, trauma, refugees and immigrants, human trafficking and exploitation. Her therapeutic approach is integrative of humanistic, third wave CBT, and behavioral therapy. Outside of psychology, Jacqueline enjoys running, international travels, and cooking/baking. 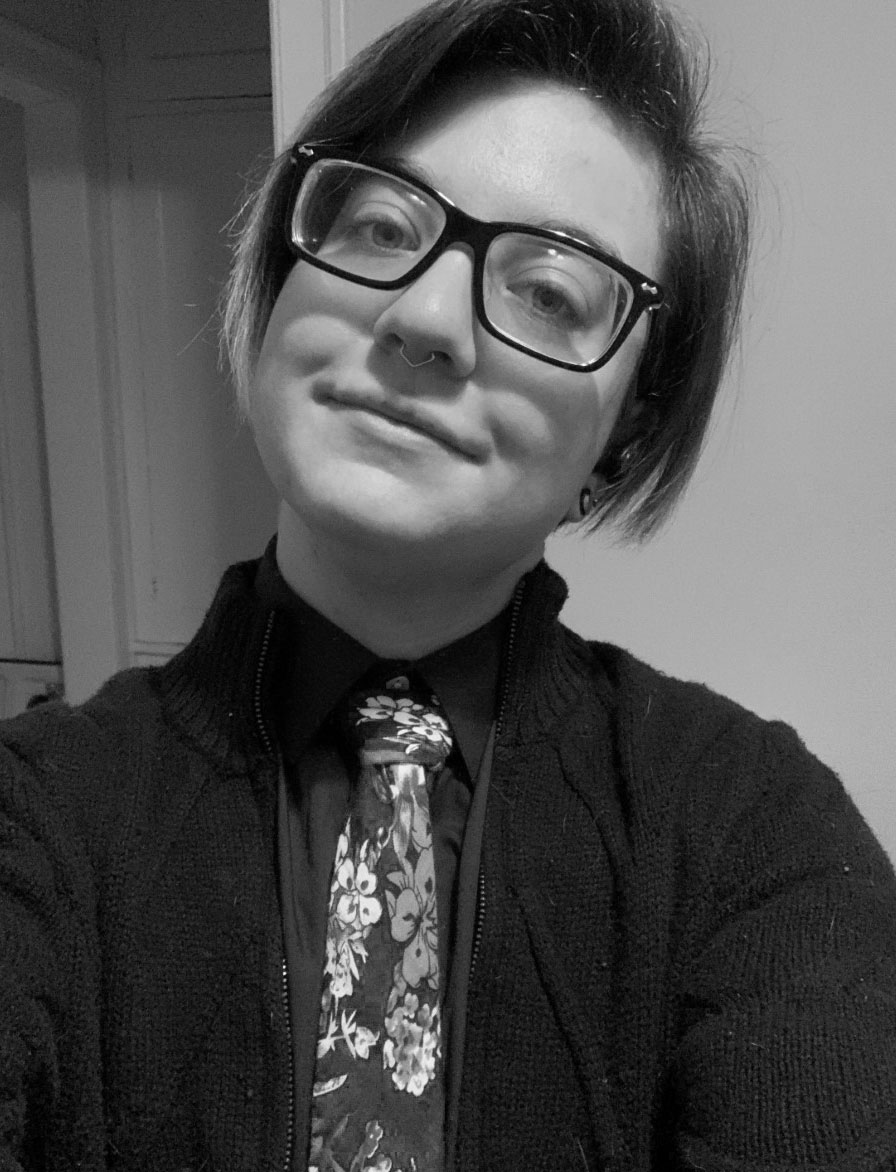 Noah is a 3rd year doctoral student in clinical psychology at Adler University in Chicago and is enrolled in the traumatic stress emphasis. Ze obtained hir bachelor’s degree in psychology and English from Ripon College in Ripon, WI in 2017 with a minor in Religion. Hir previous clinical experiences include working with autistic children doing play and behavioral therapy, as well as conducting psychological assessments in community mental health settings with adults and older adults who were recently released from incarceration or were living with serious mental illness. Hir areas of clinical interest include psychological assessment, issues of identity, LGBTQIA+ mental health, complex and pervasive trauma, and issues related to religion and spirituality. In hir free time, Noah enjoys finding and cooking new recipes, playing role-playing games such as Pathfinder and Call of Cthulhu, and cosplaying. 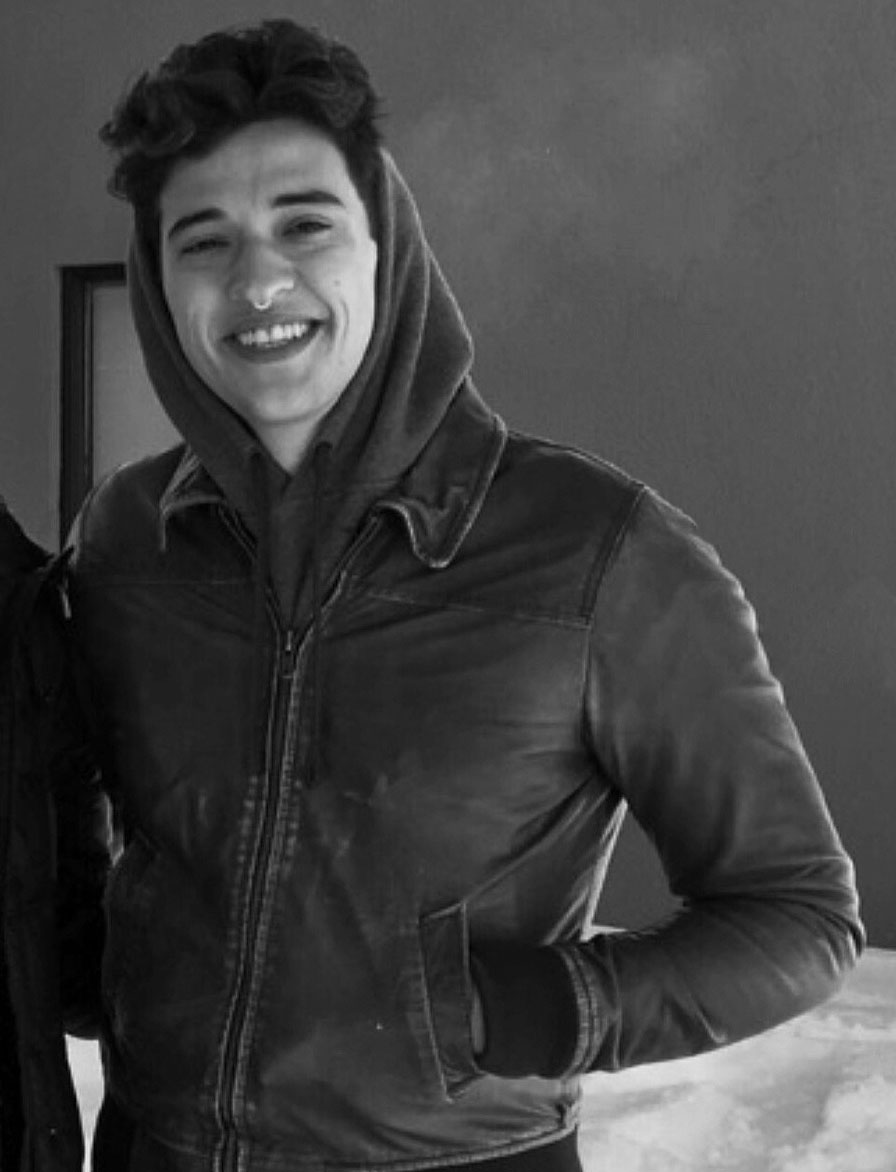 Deer is a second-year doctoral student in clinical psychology at Adler University. In 2018 they graduated from Sam Houston State University with Highest Honors, receiving a Bachelor of Science in psychology. Their areas of clinical interest include complex and intergenerational trauma, identity, substance use, grief and loss, sexuality, and resiliency. Additionally, Deer is particularly interested in the unique intersectionality of trans and gender non-conforming identities within the context of race, social systems, faith, and family dynamics. Prior to working at Andersonville Behavioral Health, Deer has worked in settings with people experiencing chronic states of homelessness, psychosis and thought disorder, and most recently, long-term substance use within Chicago’s westside communities. Outside of psychology, Deer is an avid skateboarder, yogi, and a (very much retired) gymnast. 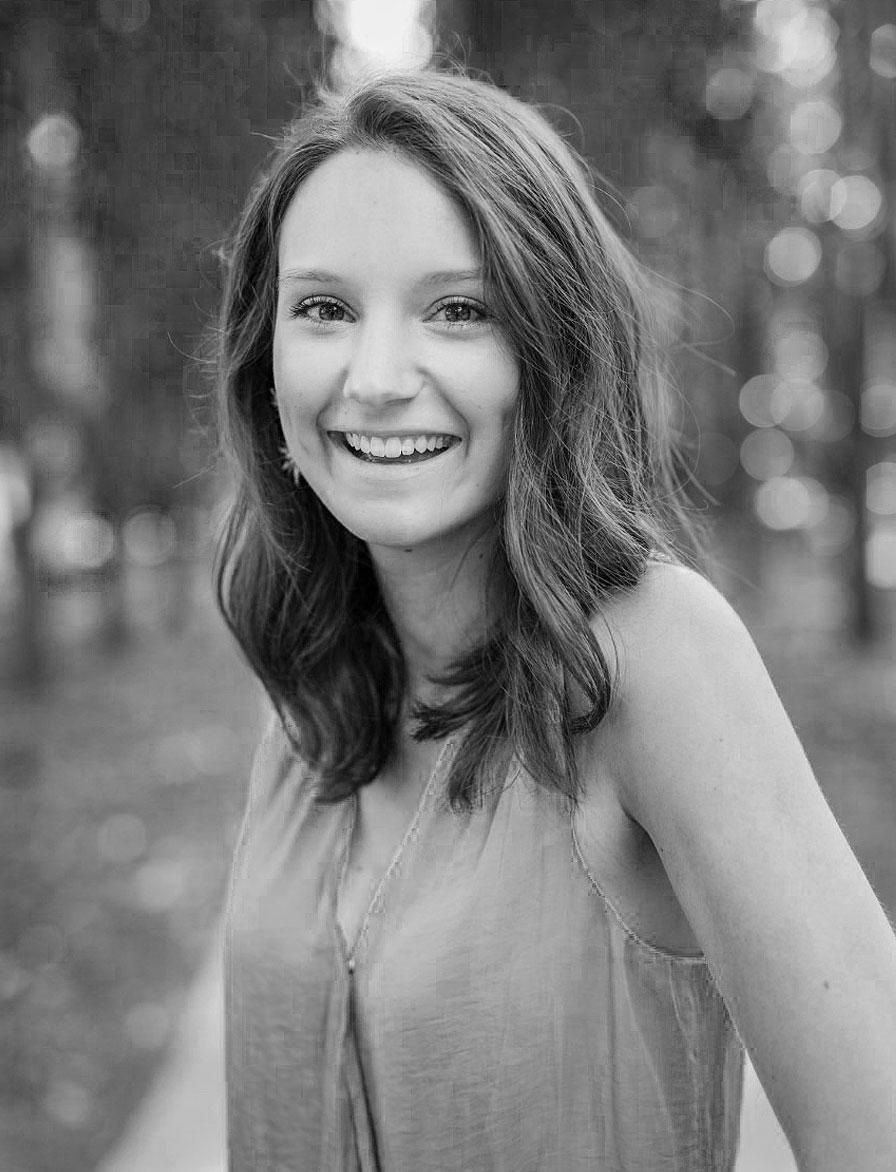 Kendall is in the second year of her doctoral studies in clinical psychology at Adler University, enrolled in the military emphasis. She graduated from Wofford College in Spartanburg, SC in 2019 with a Bachelor of Science in psychology and a minor in philosophy. Before joining the ABH team, she worked with individuals who were previously incarcerated, helping to provide resources to reintegrate them into the community. Kendall is primarily interested in trauma and the associated disorders, as well diagnosis and psychological assessment. Outside of the office and classroom, Kendall enjoys watercolor painting, cooking new Pinterest recipes, and taking long walks to explore her new Chicago home. 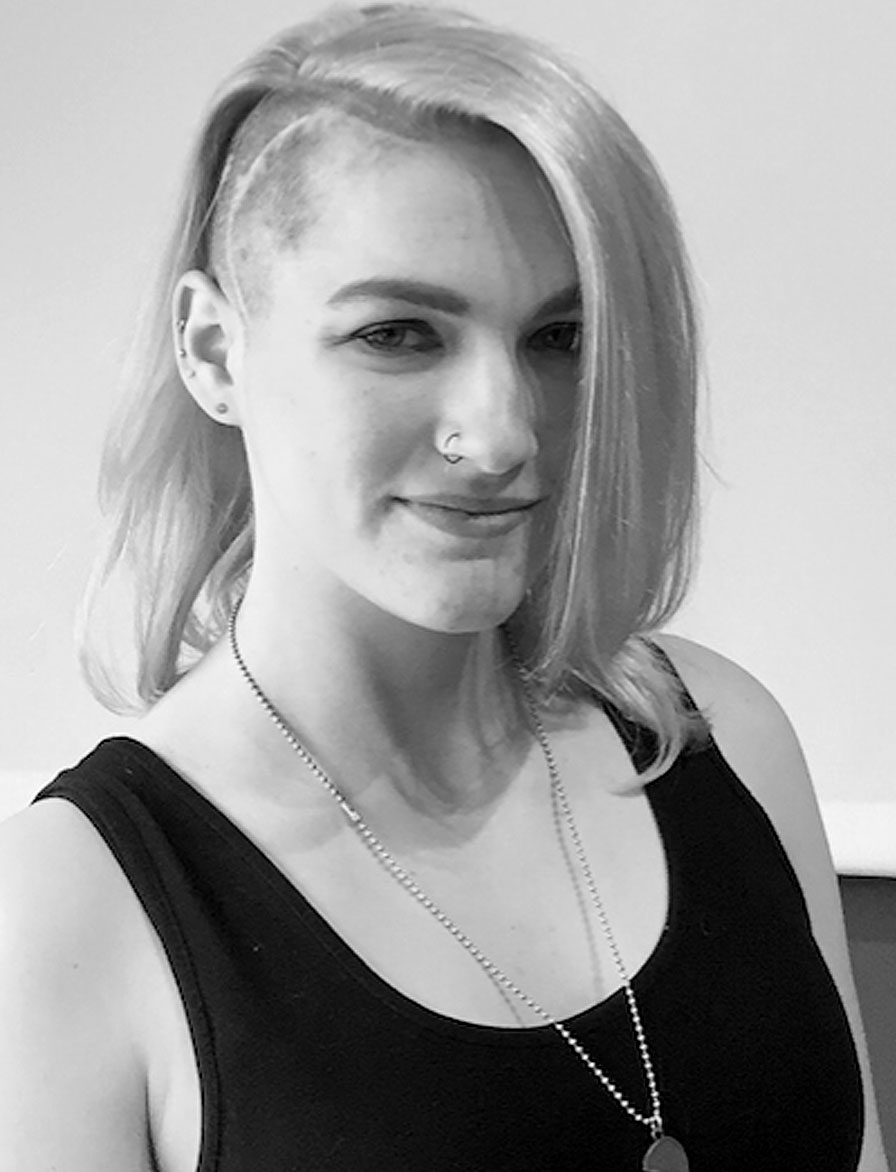 Lily is a fourth-year doctoral student in clinical psychology at Adler University with an emphasis in child and adolescent clinical psychology., where she also received her master’s degree in clinical psychology. Prior, she received her Bachelor of Science in Clinical Psychology and Bachelor of Arts in Anthropology from the University of Florida. Lily has experience working with children, adolescents, and adults in various settings providing psychotherapy and assessment. Previously, she worked in a juvenile detention center conducting comprehensive psychological assessments ordered by the Court for adolescents with legal involvement. More recently, she provided individual, family, and group psychotherapy within the Illinois Department of Juvenile Justice, a youth community mental health center, and Chicago Public Schools. Lily practices from a psychodynamic approach with a focus on attachment and object relations while integrating influences from trauma-informed and yoga-informed perspectives. Her areas of research include mentalization-based treatments and performance-based psychological assessment, while her clinical interests consist of working with at-risk youth, oppositional and antisocial behaviors, LGBTQ+ issues, and attachment trauma. In her free time, Lily practices yoga and meditation, attends live music events, and spends time with her cats and new puppy. 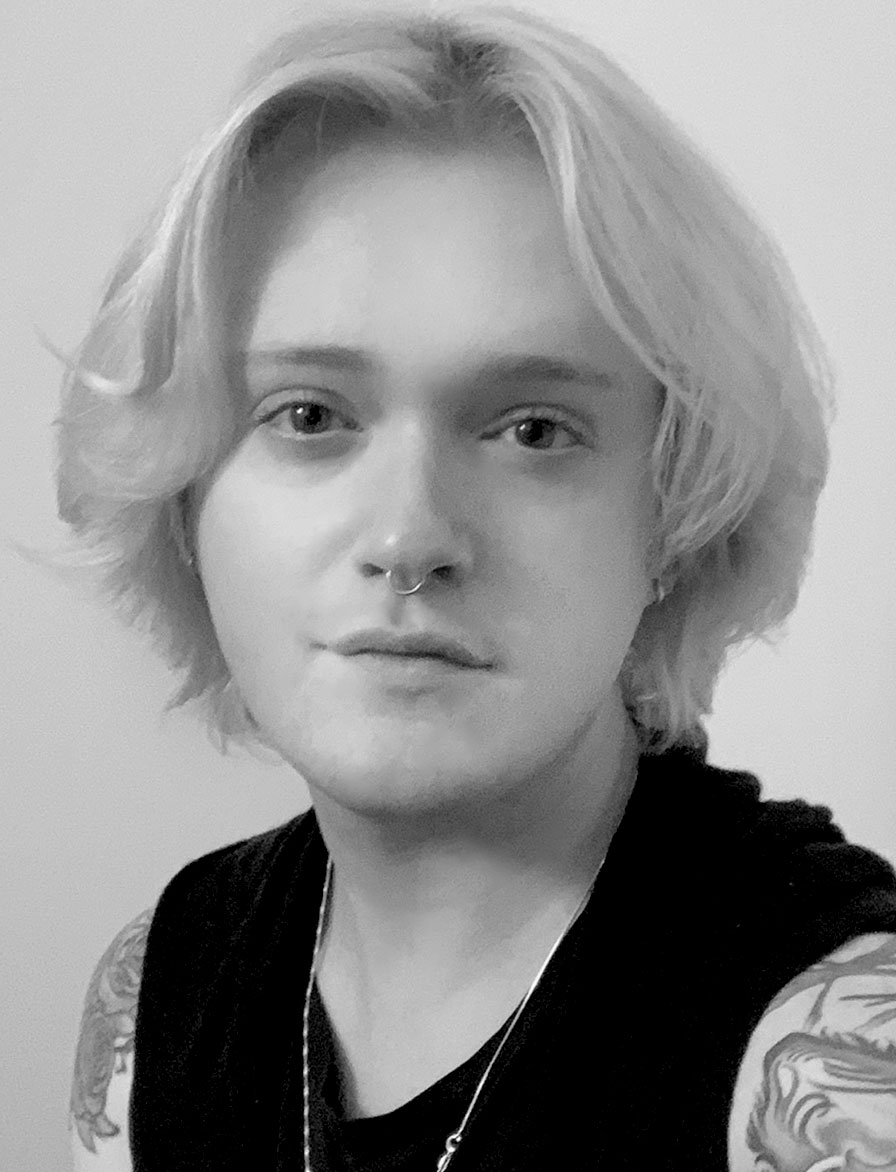 Gabriel is a fourth-year doctoral student in clinical psychology at Adler University. They earned their Bachelor of Science in Psychology from Grace College. They hold a master’s degree in Clinical Psychology from Adler University. Prior to Andersonville Behavioral Health, Gabriel worked in community mental health and transitional living settings with adults, providing psychotherapy and psychological assessments for adult women experiencing symptoms of mood disorders, trauma and stress, and substance use. Gabriel practices from a psychodynamic approach through a feminist lens that incorporates the impact of sociopolitical structures on mental health. Their areas of research and clinical interests include LGBTQ+ mental health with a focus on trans and genderqueer individuals, stigma, and traumatic stress. Outside of work, Gabriel enjoys drawing, painting, and spending time with their dog,